Stripline is considered as extended version of microstrip line. As shown in fig-1, it looks like a sandwidth structure. Here ground planes exist on both the sides of the substrate while metal strip of design lies at the middle. 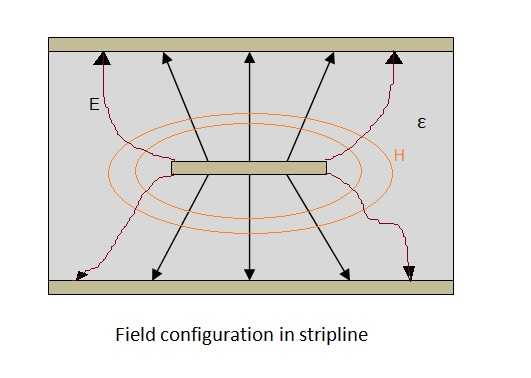 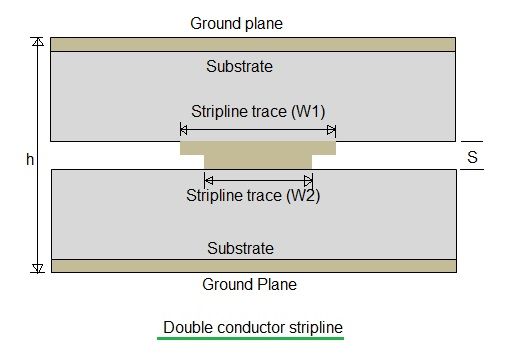 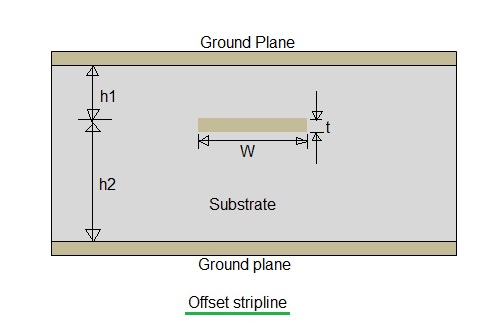 Offset stripline can be formed by joining two substrates of unequal heights with a glue. As the name suggests, centre conductor does not lie in the middle and is slightly offset. 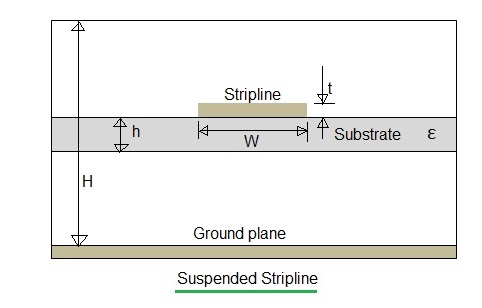 The suspended stripline encounters air as dielectric on both the sides as h << H and hence 'h' can be neglected. This configuration supports pure TEM mode propagation. Assembly and housing procedure is complex in suspended stripline. But is has following advantages.
•  No spurious radiation
•  Wider bandwidth of operation
•  Low losses
•  High Q factor

•  Complex and expensive in fabricating it.
•  Stripline Trace width is smaller compare to microstrip line of same impedance and height.
•  Tuning or troubleshooting is complex.

The popular stripline directional coupler manufacturers include marki microwave, ARRA Inc., TRM Microwave and so on.