Introduction:
• The diode is a electronic device which consists of only two electrodes i.e. anode and cathode.
• As mentioned diode is a two terminal device which allows current to flow in only one direction e.g. forward direction. In this mode anode has higher potential than cathode. This state of diode is known as forward biased state. 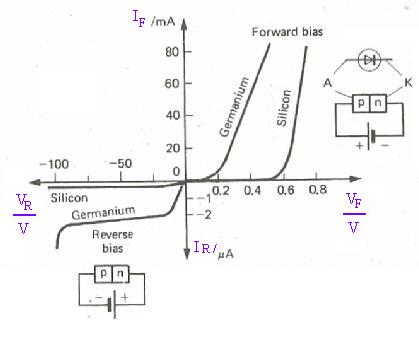 • If the polarity of voltage is reversed , the diode is known to be in reverse biased state. In this state diode will attempt to block the current flow within its rated limits.
• It is used for numerous applications such as switch, rectifier, regulator, voltage multiplier, clipping, clamping etc.

As mentioned diode has two leads viz. anode and cathode. The cathode is often marked by a band at one end. This is the lead from which conventional current flows out of the diode in forward biased mode.

There are two identification codes for the diode viz. american system and conventional system.
• In american system, code starts with 1N followed by serial number of the diode.
• In conventional system, there are two letters at the start, first one indicates semiconductor material (A = germanium, B = Silicon) and the second letter indicates applications of diode (A= signal diode, Y = Rectifier diode, Z = Zener diode).
For example, AA119 refers to germanium signal diode.

Diode Types | Types of diodes with their applications and functions

Let us understand different types of diodes with their applications and functions.

The p-n diode consists of p-n junction with one connection to p-side (e.g. anode) and another connection to n-side (e.g. cathode). The structure of such diode is shown in the figure-1 and figure-2 along with its characteristics. The two useful electrical specifications of the diode are forward current and max. reverse voltage.
Refer Normal P-N diode➤. 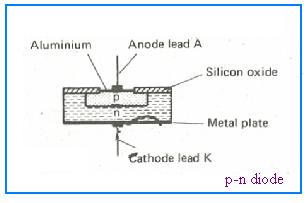 Application: p-n junction diodes are used as rectifiers. This diode converts AC to DC in power supply modules. In this diode type, silicon is preferred over germanium due to its lower reverse current and higher breakdown voltage.

When reverse biase voltage is increased to ordinary junction diodes until depletion region breaks down, the diode suffers permanent damage. Zener diode is used in the breakdown region so long as resistor limits the current.
Refer Zener Diode➤.

Application: It functions as rectifier diode.

The figure depicts structure of germanium point contact diode. As shown tip of gold or tungsten wire is pressed on pellet of n-type germanium. During manufacturing, brief current is passed through the diode which produces tiny p-type region in pellet around the tip. This process forms p-n junction in very small area.

Application: They are used as signal diodes in order to detect radio frequency signals due to their very low capacitance. In reverse biased mode, depletion layer acts as insulator between the two plates and it functions as capacitor. It is suitable for high frequency signal detection due to its tiny junction area. Germanium is used for signal diodes due to its lower "turn-on" voltage compare to silicon.

Application: The varactor diode among these types of diodes is used to tune TV and VHF radio receiver sets to desired stations. This process is known as AFC (Automatic Frequency Control).

It is made from n-type gallium arsenide sandwiched between metal electrodes. It has negative resistance property by which gunn diode act as oscillator. To achieve this capacitance and shunt load resistance need to be tuned but not greater than negative resistance. The figure describes GUNN diode equivalent circuit. The GUNN diode is basically a TED i.e. Transferred Electron Device capable of oscillating based on different modes.
Refer GUNN Diode➤. 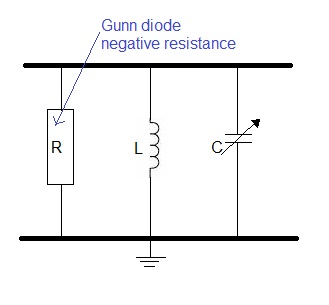 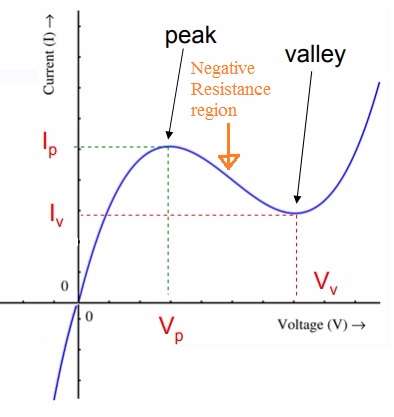 Application: This diode exhibits special characteristic known as negative resistance. This feature makes it useful in oscillator and microwave amplifiers.

In a PIN diode, there is a insulating layer between P and N type of materials. Hence PIN diode structure is different than the normal PN junction diode. I region is lightly doped N type region. When forward bias is applied charge carried are injected into Insulating layer from both the P and N regions/layers. Due to lightly doped region in the I layer, small amount of charge carriers are left without combining. Due to this resistivity of the Insulating region is very low.
Refer PIN Diode➤. 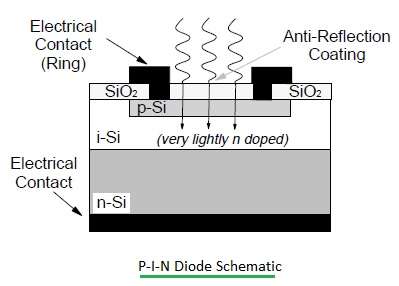 Application: PIN diode is used as RF delay line/phase shifter, used as amplitude modulator, used as switch and so on.

Application: The schottky diode among above types of diodes is widely used in different applications such as mixer in RF applications, as rectifier in power applications. It is low voltage diode. 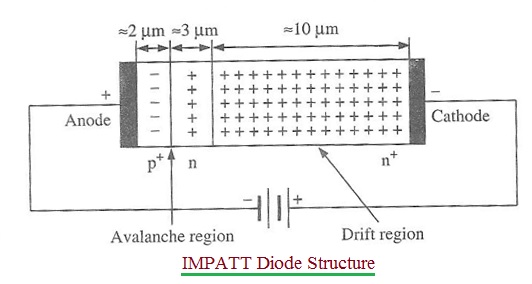 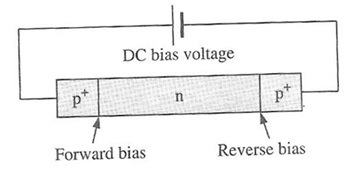 In this diode type, p and n type materials are very much dopped heavily at the end of the component then at the junction of the device. It is fabricated with doping level gradually decreasing as the junction is approached or as direct PIN structure. This reduces switching time due to fewer charge carriers in the region of the junction. Hence less charge is stored in this region.

Application: It is also known as snap off diode or memory varactor or charge-storage diode. It has a variety of applications in microwave electronics and used as parametric amplifier or pulse generator. It is used to generate extremely fast rise time pulses. It is used in frequency comb generation, harmonic frequency multipliers and samplers. It is also used as charge controlled switch.

An LED is a junction diode made from semiconductor compound gallium arsenide phosphide. LEDs used as optical fiber transmitters emit infrared radiation at a wavelength of about 850 nm (0.85 µm). Pulse code modulated signals from the coder supply input current to the LED. This will produce equivalent stream of infrared pulses for transmission along the optical fiber system. The spectral spread of wavelengths in the output is about 30-40 nm.
Refer LED vs Laser >> for difference between LED and laser diode.

Application: LEDs are very cheap and convenient source of light.

Laser is derived from Light Amplification by the Stimulated Emission of Radiation. It produces a very intense beam of light or infrared radiation which is having following properties. • Monochromatic ( meaning consists of one wavelength)
• Coherent (meaning all parts are in phase)
• Collimated (meaning all parts travel in one and same direction) 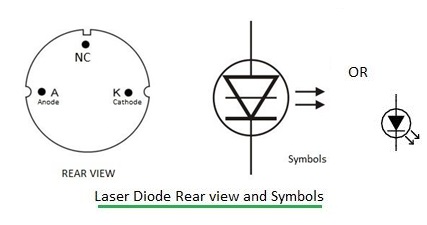 A photodiode is a type of photodetector capable of converting light into either current or voltage. The device operates in reverse bias and electric field developed across the p-n junction sweeps the mobile charge carriers to their respective majority sides. Hence a depletion region is formed. This barrier stops the flow of majority carrier and supports the flow of only minority carriers and hence leakage current flows.
Refer advantages and disadvantages of Photodiode >> for more information. 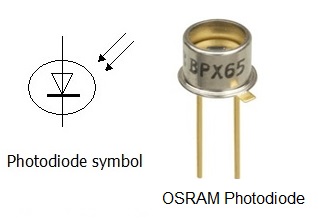 Application: They are very useful for various applications such as fire alarms, counting systems and automatic control systems. Photodiodes are used as fast counters and used in light meters to measure the light energy.

This guide on different types of diodes and their applications with functions is very useful for beginners. For more information, one may follow links provided in various respective diode sections for further study.

Advantages and Disadvantages of different types of sensors