What is Drone Swarm ? 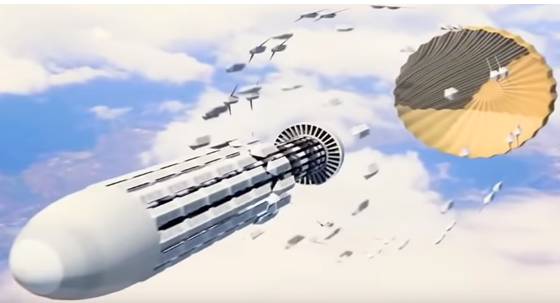 As mentioned earlier, drone swarm refers to multiple drones flying similar to flock of birds in order to perform coordinated tasks. The drone swarm system either can be remotely controlled or they are self controlled based on automation algorithm built during their development.

A single operator from the ground can control hundreds of drones which can fly hundreds of Kms. They have capabilities to carry payloads of 1 Kg each. They can spend about an hour on target mission. We have seen large number of organisms moving without losing direction and without hitting obstacles or each other. This common natural flocking phenomenon have also been observed in birds, fishes, insects etc. The same flocking behaviour has been explored by the development of drone swarm system.

The figure-1 is one of the image of micro drone swarm released using aircraft by US military. Such drone systems are being used to target enemy locations as well as for surveillance purposes by defense forces. Military drone swarm systems may incorporate drones which are equipped with anti-radiation and anti-jamming weapons. This system can easily blocks hypersonic missiles. Such Swarn system can also be equipped with chemical, radiological, biological and nuclear detectors in order to provide security to the nation. 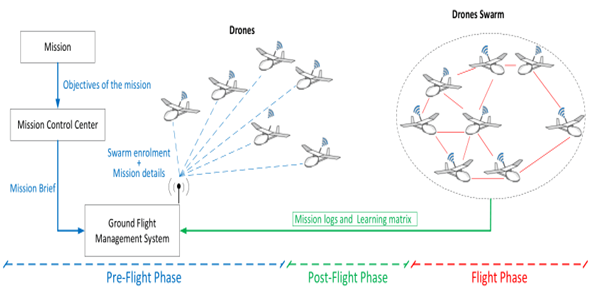 Each drone in automatic system is separately programmed to follow specific flight path. One of the assumption in this system is that all drones in flock fly in the same direction and follow same average position. In such system, drones can self organize based on the designed algorithm and communications from other drones. Based on communication during flight, they can respond to changing conditions automatically. In this way, they can exhibit flocking behaviour like birds or insects.