As we know EMI is the short form of Electro-Magnetic Interference. The EMI testing involves both interference and susceptibility tests. Interference tests involves testing of other nearby wireless systems with respect to system under manufacturing when powered on. The system under development should not radiate unwanted EM waves. In order to avoid such leakages, EMI filters as well as proper shielding materials are used during design and manufacturing.

Susceptibility (i.e. Immunity) involves robustness of system under manufacturing against any EM radiation from nearby wireless systems such as cellular towers or Base Stations or Wireless Access Points.

The figure-1 depicts Biconical Antenna. It is used for frequency range from 30 MHz to 300 MHz.
Refer Bicone Antenna➤ for more information. 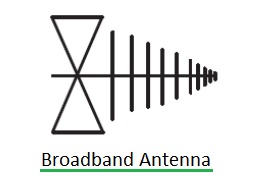 The figure-2 depicts Broadband Antenna. It is used for frequency range from 30 MHz to 1000 MHz. 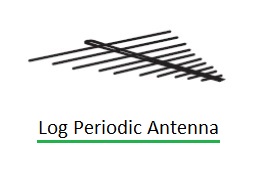