What is Cyclic Prefix ?

Introduction:
OFDM stands for Orthogonal Frequency Division Multiplexing. Unlike FDM, OFDM consists of densely packed subcarriers which are orthogonal to each other. Peak of one subcarrier occurs at null of the other as shown. OFDM is more bandwidth efficient than FDM. 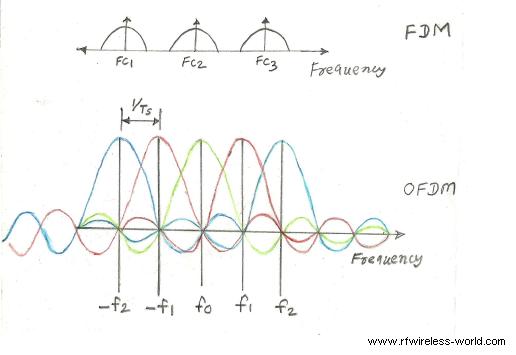 The last few samples of OFDM symbol are extracted and prefixed at the beginning of the transmission. This part is known as cyclic prefix and the time interval comprising of these repeated samples is known as "guard interval (Tg)". The OFDM symbol duration is designated as "Ts". Based on delay spread, various CP ratios are used in various systems such as 1/4, 1/8, 1/16 and 1/32. LTE uses normal length CP and extended length CP. Following equations mentions cyclic prefix addition process. 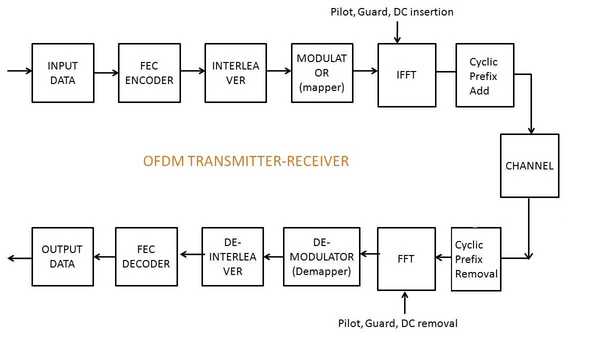 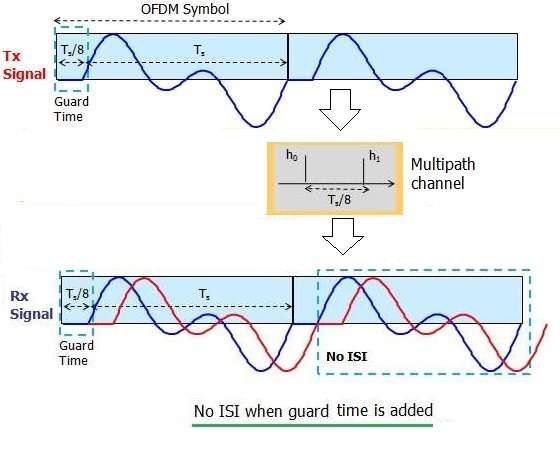 CP is choosen based on delay spread of the channel. CP is kept greater than the delay spread value to avoid ISI. This is shown in the figure above. Refer ISI vs ICI to understand how Cyclic prefix helps to avoid ISI in OFDM system.

Following are the benefits or advantages of Cyclic Prefix (CP):
➨It offers robustness to OFDM signal with the help of retransmitted data.
➨Guard symbol helps in reducing effect of ISI.
➨Cyclic prefix is inserted in guard interval to suppress ACI (adjacent channel interference) and to retain orthogonality of OFDM subcarriers.
➨It helps in time synchronization of the packet using correlation technique at the receiver. Refer Time offset estimation and correction >> MATLAB code.
➨It is very easy to implement using any programming languages such as MATLAB, C etc.

Following are the drawbacks or disadvantages of Cyclic Prefix (CP):
➨It reduces system capacity and consecutively reduces overall data rate of the system due to use of redundant data.
➨Cyclic prefix based OFDM packet need more power to transmit due to increase in overall bandwidth.
➨CP based OFDM packet takes more time for transmission. Hence it increases overall latency of useful payload transmission carried by OFDM subcarriers.