MMDS stands for Multichannel Multipoint Distribution Service. It is used as replacement of cable TV service provider. MMDS is used to cover rural areas where it is not possible to reach by broadcast and cable TV operators.
Refer MMDS Architecture➤. 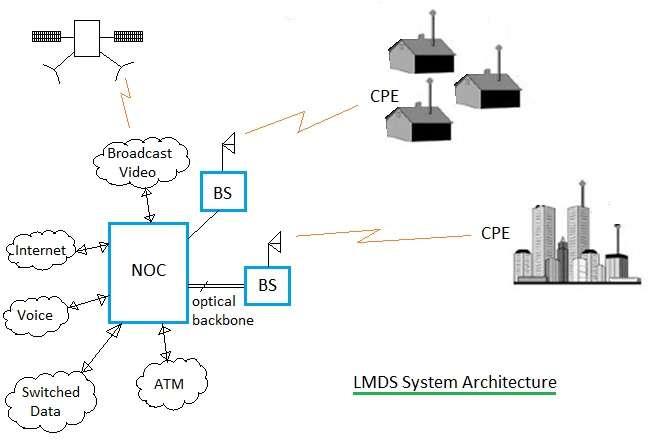 2.15 GHz to 2.68 GHz frequency band is allocated for MMDS; five of the bands in these bands are already used in USA. OFDM modulation technique with bandwidth of 6 MHz composed of 512 sub carriers is used for MMDS. The sub carrier spacing is about 12 KHz. It is also used for providing 2-way broadband data or internet service.

About 30GHz to near about 40GHz bands are used for LMDS. Mainly used in USA, Europe and other countries.

Comparison between MMDS and LMDS

This section describes merits and demerits of MMDS and LMDS and also mentions similarities or difference between these technologies.

Let us summarize tabular difference between LMDS and MMDS below.