Encoding vs Modulation | Difference between Encoding and Modulation

This page compares Encoding vs Modulation and mentions difference between Encoding and Modulation used in data communication with examples including advantages.

Introduction: There are two types of signals viz. analog and digital. They are used for various purposes. Often it is required to convert one form of the signal to the other form for certain applications. Encoding and modulation are used for these conversions.

Digital signals are voltage/current pulses having few discrete levels such as 2 levels are used in binary. Each pulse is known as signal element. Binary data is encoded into these signal elements using encoder. 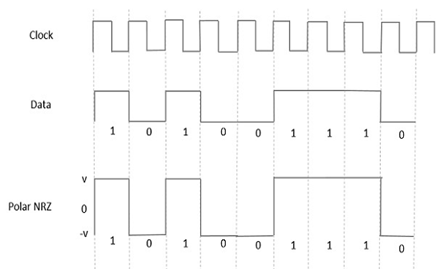 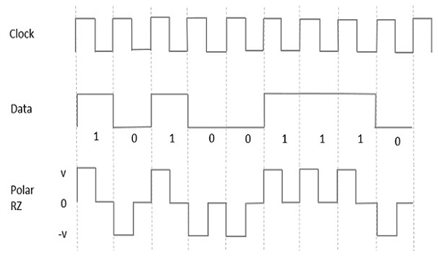 Following are the advantages of encoding techniques.
➨It provides self synchronization by eliminating long string of zeros and ones and incorporating more transitions in the data. Hence it is easy for receiver to match bit intervals with transmitter and recover the bit pattern. Line encoding techniques prevent baseline wandering.
➨It incorporates error detection capability in the code. This helps to detect some or all the errors.
➨It doesn't create any DC components i.e. low frequencies.
➨Some encoders are immune to noise and interference.
➨Based on number of levels encoding techniques are simple or complex to implement.
➨Refer advantages and disadvantages of Unipolar, Polar and Bipolar coding and NRZ and RZ coding techniques.

The process of shifting baseband signals to higher frequency region is known as modulation. Modem performs modulation at the transmitter end and demodulation at the receiver end. There are two types of modulation viz. analog and digital. The modulated analog signal can be transported using optical fiber cables and unguided media.

The figure depicts digital modulation in which input is digital data and output is analog modulates signal.