What is Telepresence system?

Following are the typical components or devices used in a telepresence system.
• Codec• Large screen monitor• Microphones and speakers 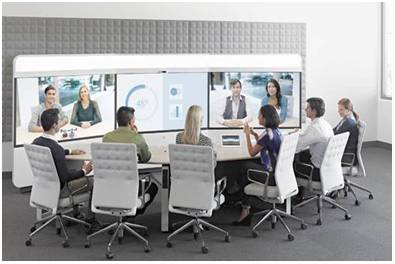 Conference call is one form of virtual telepresence. Audio or video conference provides feeling of presence to the participants. It allows all the participants a strong feelings as if they are sitting at the same room around the same table.

Benefits or advantages of Telepresence system

Following are the benefits or advantages of Telepresence system:
➨It helps in establishing effective nonverbal communication. The facial expressions, body language and voice can be visible in this visual communication.
➨It offers greater engagement by enhancing visual interaction and reducing likelihood of distraction.
➨It prevents all the bottlenecks in the path of business growth.
➨It reduces or eliminates travel. It saves time of employees.
➨It eliminates costs associated due to travelling. It saves cost to the companies.

Drawbacks or disadvantages of Telepresence system