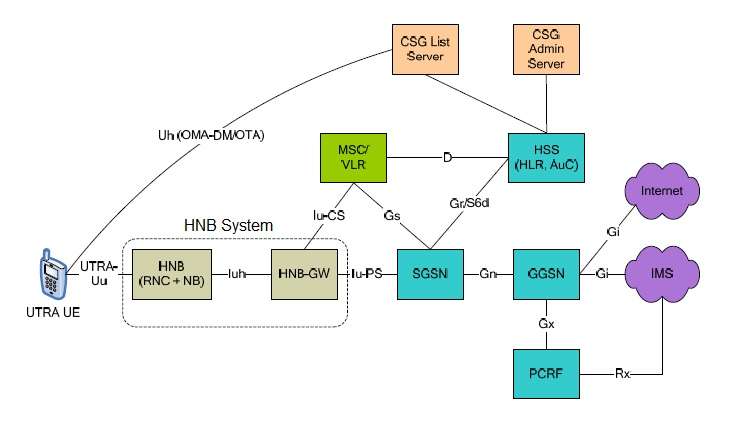 The figure depicts 3G femtocell architecture in UTRAN network as per UMTS specifications. As shown the HNS(Home NodeB subsystem) is composed of HNB(Home NodeB) and HNB-GW(Home NodeB Gateway).

lu-h interface is the interface between HNB and HNB-GW. HNB has functionalities of both RNC and NB. Refer UMTS network architecture for more information. 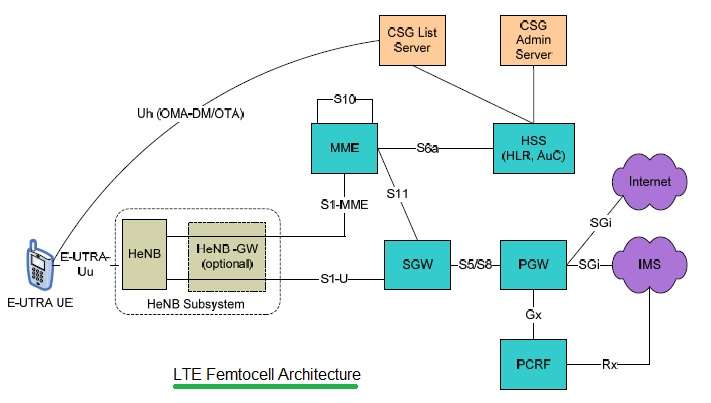 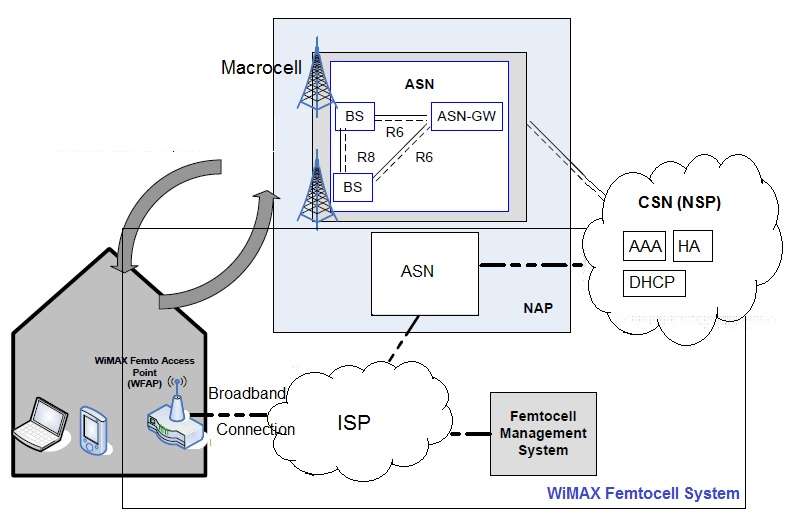 It is also needed between femtocell to femtocell when user(wimax CPE) goes out of reach of wimax femtocell coverage. In the same way handoff is required in UMTS and LTE networks. Refer wimax network architecture.