Voice calls over LoRaWAN | Is phone call possible over LoRa ?

What are Voice calls ? 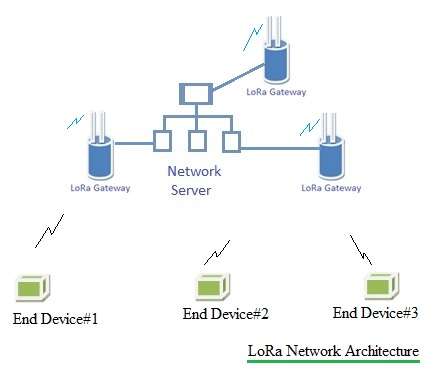 The figure depicts LoRaWAN network architecture with its elements. It consists of LoRaWAN end devices, Gateway and servers ( network server, application server and Join server). It operates in various frequency bands across the globe such as US (902 to 928 MHz), EU (863 to 870 MHz) , China (779 to 787 MHz) etc.

LoRaWAN is used for long distance and low data rate applications in IoT/M2M domain. It covers wide range from 5 Km to 15 Km. LoRaWAN devices support three classes A, B and C. The LoRaWAN devices consume very low power and hence battery life can be extended.

Is phone call possible over LoRa/LoRaWAN ?

No, it is not possible over LoRa/LoRaWAN as it is designed for sending small packets at interval of couple of minutes.
➨It requires cellular network ICs such as GPRS, 3G or LTE for making phone calls.

Difference between MQTT vs HTTP, MQTT vs DDS, MQTT vs REST, MQTT vs SMQTT, MQTT vs CoAP