What is Flexray protocol ?

The flexray is automotive network communication protocol. It is developed by FlexRay Consortium to provide higher speed and better reliability compare to CAN and TTP. Flexray is used for various applications such as high speed data sharing, distributed control, safety critical systems etc. 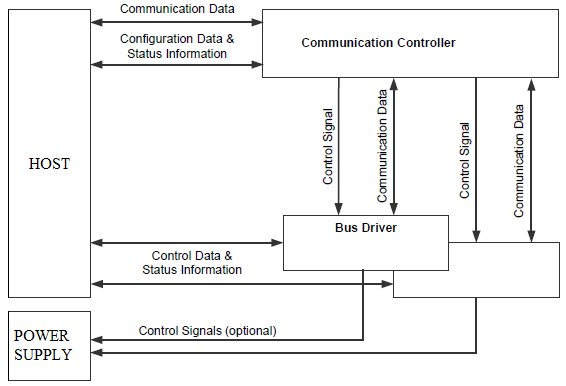 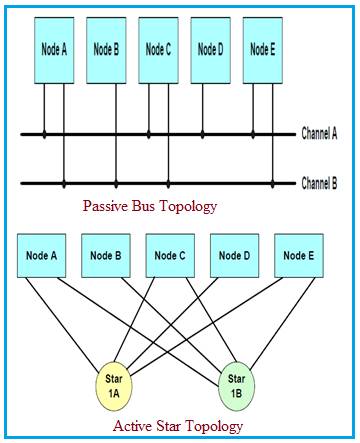 Following are the features of Flexray.
• Number of channels : 2 ( A and B)
• Topology : Bus, Star, Hybrid
• Medium Access : Multi Master, Hybrid TDMA
• It is an open bus system which supports redundant transmission channels.
• Variable bit rates : 2.5, 5, 8 or 10 Mbps
• It uses differential NRZ technique for data encoding. In Non Return to Zero signaling, bit level remains either HIGH or LOW during the entire bit period.
• Nodes : 4 to 22
• It offers static and dynamic data transmission (scalable)
• It supports both electrical and optical physical layers.
• It supports fault tolerant synchronizaed global time base.
• It supports AUTOSAR. 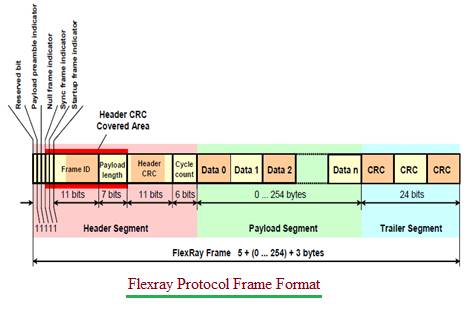 Like typical protocol frame structure, Flexray frame consists of header, payload and trailer as shown in the figure. It carries 11 bits frame ID, 255 bytes payload, 24 bit CRC for payload and 11 bit CRC for header. There is field for payload length just after frame ID as shown.

Benefits or advantages of Flexray protocol

Following are the benefits or advantages of Flexray protocol:
➨It does not use bit arbitration unlike CAN. Hence it offers 10Mbps speed independent of network length which is greater than CAN (~ 1 Mbps).
➨It has error detection capability with the use of CRC in the frame.
➨It is highly flexible protocol.
➨It supports different topologies such as bus, star and combination of both (i.e. hybrid).
➨It offers both synchronous and asynchronous frame transfer with guaranteed frame latency and jitter.

Drawbacks or disadvantages of Flexray protocol

Following are the drawbacks or disadvantages of Flexray protocol:
➨It is expensive compare to CAN (Controller Area Network) and TTP (Time Triggered Protoco).
➨It has higher complexity than CAN protocol.
➨It has lower operating voltage levels.
➨Ethernet replaces flexray for bandwidth intensive and non-safety critical applications.