IoT market is booming and use of IoT devices have become need of everyday life for human being. As we know IoT stands for Internet of Things. This means in order to utilize services of IoT network; each of the devices need to be IP compliant i.e. all the devices should have IP addresses in order to connect with internet backbone to co-exist in the IoT system.

IoT devices are emerging very fast for various applications and people have started using them without bothering any of the security aspects. This has lead to serious security threats as there are many loop-holes which are vulnerable for possible cyber attack by the hackers in the IoT system. 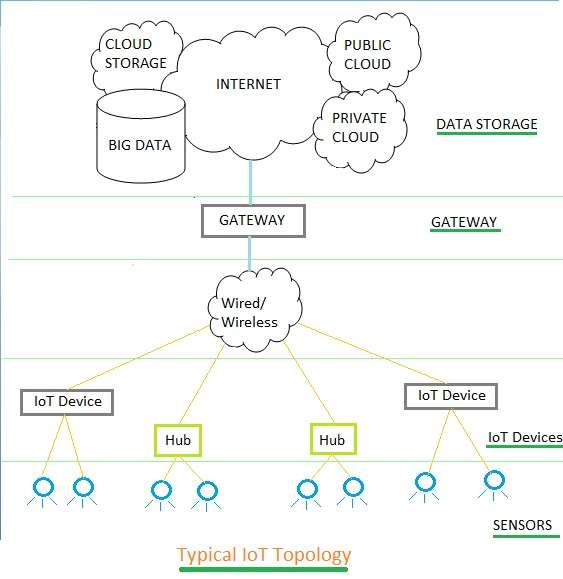 As most of the systems are using existing wireless networks such as wifi, zigbee, zwave, GSM etc.; IoT systems can be hacked using wireless devices. In order to have safe and secure use of IoT devices and IoT network, following precautions are advisable. These are very useful as IoT security aspects for both the user as well as IoT network service provider.

➨Do not store any critical business or personal data in internet cloud.

➨Do not store any password in your IoT device or anywhere in internet cloud.

➨Do not install any malware without verifying its authenticity.

➨Do not be hurry in start using the IoT device, first secure your newly purchased IoT device with anti-malware and anti-virus softwares.

➨If possible, regularly change the password of IoT device in order to improve the security.

➨Do not bring any sensitive business material for re-work at home if home network is less secured compare to office network. Do not store such material in easily hackable storage devices or public storage locations. Moreover avoid using wifi network for such work.

➨Switch off unused IoT devices as they are vulnerable for potential attack by hackers in a home network. For example, switch off IoT compliant thermostats when not needed.

➨Switch off wifi in your smartphone when you do not require internet access. This is because it has been found that smartphone based fitness applications are vulnerable to leak passwords as well as location information easily over public wifi networks.

➨Business, finance and banking related companies should store the data and retain them till they are needed. Once they are no longer required, they should be deleted to minimize the possible hacking.

➨House owner should be cautious enough so that no unclaimed IoT device get installed or placed in their premises without their notice. As later these devices can be utilized by hackers for their bad intention.